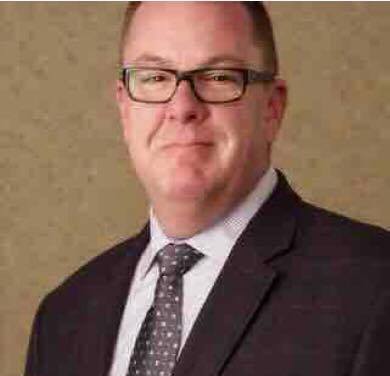 Ryan Dining Hall wasn’t always 5 star quality. In the past it’s been hit or miss—numerous strikes and little home runs. Late in the fall semester, Fontbonne welcomed a member to its community circle, Phil Hoover.

Phil Hoover got his start in food service at the age of 16 at an Italian restaurant called, “Italian Grotto” located in Scottsdale, Arizona. Following that, he worked 18 years for the worldwide company called “Compass Group.” Hoover moved to St. Louis where he worked for Lindenwood University, then worked at Express Scripts managing food service.

Hoover was announced as the new Food Service Director in November 2016. With little time to fully showcase his talents, small adjustments were made to foresee major improvements. The food looked more presentable, the brightness of the cafeteria lit up the room, and the taste of the food was enjoyable.

“He’s brought on a more friendlier (sic.) atmosphere,” Manogga Terry, one of cafeteria workers, said. “He’s more personable. He’s really outgoing. He [even] sits with the special ed students every morning for breakfast.”

There are numerous of universities Hoover could have chosen from but it was the mission and values of the Fontbonne that sold him. “Fontbonne feels like a family,” Hoover said. “Meeting the Pressimones was the seller.”

In the New Year, Ryan was a brand new place. It went from your basic high school cafeteria to something out of a ‘Home and Garden’ magazine. The food became outstanding. Entrees that were being served coincided with each other whereas before, it didn’t match. The desserts became more fulfilling, decadent, and worth the extra bite.

Food in a family-like setting is all about the gathering. Students gather and chitchat. Hoover does the same thing with his grandkids. “There shouldn’t be any TV’s—everyone gathers and have conversations about what happened that day.”

Each day Hoover is doing something new. It could be trying a new display of the desserts, putting a spin on an old classic Such as Sloppy Joes, or having fun with food to make the experience more than a “grab and go” station. He has certainly brought fun into the workplace. “If I’m not having fun, then I don’t want to be here.”

Staff, faculty, and students have been longing for something fresh and new for a while now and we’re starting to see that. New recipes have been added to the menu for the second coming of Ryan Dining Hall.

“A lot of the old [recipes] I felt was kind of worn out. They were bland and [the food] didn’t match. We have the “show works stations and there wasn’t no show,” Hoover said.

Sometimes change isn’t the easiest. Not only the students wanted change but also the staff, faculty, and even the cooks wanted a change. They no longer feel “handcuffed” as before. Now they are “liberated.”

The new director challenges his team to use their culinary skills and take a risk adding something new to the food line. Recently, Hoover hired a catering company to have a chocolate fountain for a pre-valentine’s day special in the cafeteria on February 13th. When word got out about the fountain, everyone came rushing in. There was pound cake, fresh fruit, donuts, and marshmallows. There was 18 lbs of chocolate and no one wasted an ounce.

When asked if the cooking show “Chopped” was on the job description for new employees Hoover chuckled and said “no” he but he does watch “MasterChef Junior” because they have innovative minds. “They are better than some chefs I’ve known for years.”

Students are excited to see what else is up the directors sleeve. He wants to expand and evolve the food more. According to Hoover, next year will bring more change that students will love.

DeMarcus Davis is the Social Media Editor and a contributor to Fontbonne University’s Griffin Roar.

0 comments on “Out with the Old, In with the New”