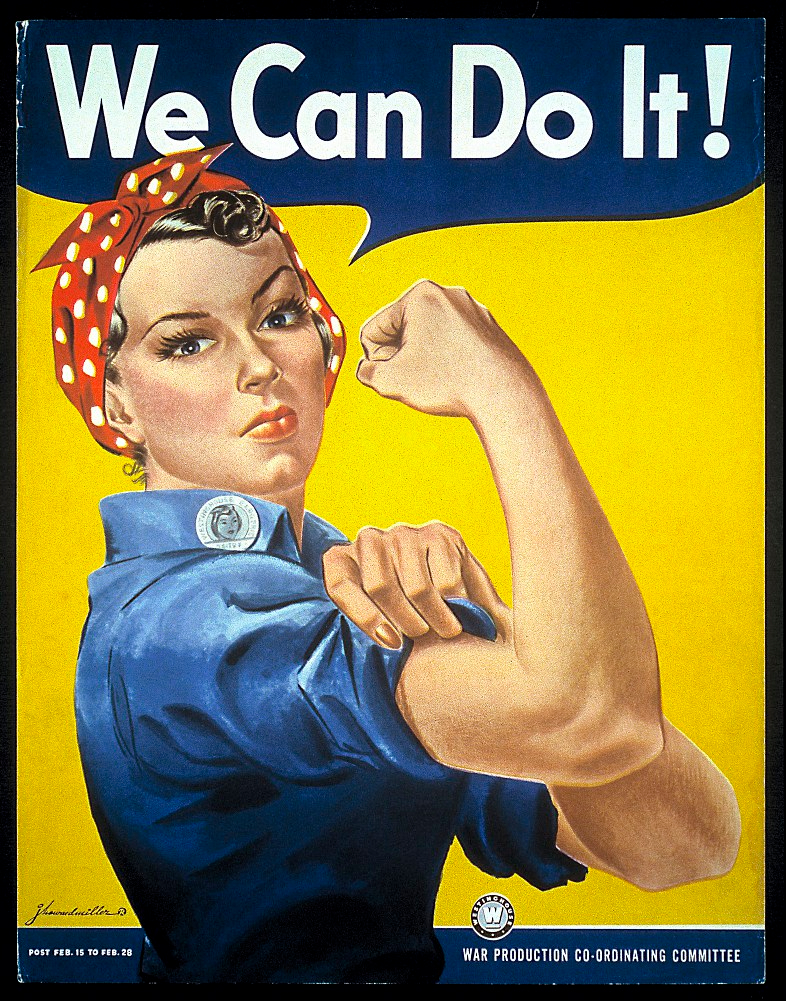 Feminism, the word and the concept, have taken two different paths. While the word is mostly avoided, the concepts have entered the mainstream.

The term has long been viewed as exclusive and radical. Feminism is defined as “the belief of social, economic, and political equality of all sexes.” This belief is widely held, yet only a small percentage of Americans  are willing to declare themselves a feminist. From feminism’s first wave, in which women marched for the right to vote, to today’s gender inclusive feminism, the label feminist has held its radical connotation.

In feminism’s first wave, which spanned from the late nineteenth century to early twentieth century, the term feminism was met with the familiar hostility it still feels today. According to No Turning Back by Estelle Freedman (2002), “the feminists’ single-minded campaign to pass an equal rights amendment to the U.S constitution further cemented the association of feminism, extremism, and a rejection of the concept of female difference.” Feminists, from the very creation of the term and movement, were widely unaccepted. The fight for women’s right to vote was merely the beginning of the radical, man-hating feminist myth. Yet, the negative connotation could not stop the women who dared to go even further. During the second wave a significant change occurred: the public started to listen.

According to Freeman (2002), the movement was beginning to be accepted, but the same resentment for the term “feminist” occurred. The 1960s saw great change for women in the workplace, as second wave feminists focused on workplace rights for women. Women donned office clothing, ridding themselves of their poodle skirts and total domesticity. Between the first wave and the second wave, the major change that occurred was the growing appeal of feminist concepts. Feminist texts were no longer hidden in the shadows as writings by Gloria Steinem entered the mainstream. Recognition for Steinem’s work reflected the broader acceptance and audience of feminist concepts. Yet, the negative connotation of the term feminist still remained.

Third wave feminism started in the early 1990s and included acceptance of concepts such as gender equality and intersectionality. While the movement had moved away from directly political ambitions, this wave was met with the same criticism as the waves before. The term feminism is not wholly ignored, but is not widely used either. A poll by Huffpost found that only 20 percent of the US population consider themselves feminists, 23 percent being women and 16 percent being men. While this small percentage of individuals claim themselves to be feminist, 82 percent of the participants expressed the belief that all genders are equal. Simultaneously, movements like the #MeToo movement and Time’s Up movement gain widespread acceptance and praise. As reflected in the poll, the term and the concept have taken vastly different routes. Self-identified feminists face words like femi-nazi, radical, and man-hating. The principles of the third wave have found their way into everyday values and beliefs. Conceptual acceptance can also be seen in choice of Merriam-Webster’s 2017 word of the year, feminism.

More and more activism against sexual assault, sexism, and gender inequality is openly being voiced. Millions of women marched, countless women bravely told their #MeToo stories, and gender pay gaps are being challenged. The concept of feminism has taken hold, attempting to change a traditional patriarchal culture, yet still many women and men refuse to use the term “feminist.”

The massive movement towards the acceptance of feminist concepts hits close to home, as Fontbonne University students recognize the negative connotation of the term as well. I asked Fontbonne students a simple question: “Are you a feminist?”

Kaitlyn Holmberg, a transfer student to Fontbonne University, stated, “I guess I wouldn’t say I was a feminist, because feminism usually focuses on just women. I believe in the equality of all genders.”

Fontbonne student Ray Gibson stated, “There’s a new type of feminism, a trans inclusive one, but the name still has a negative connotation.” Gibson’s answer points towards the growing acceptance of feminism, but also reflects the continued differentiation between the term and connotation.

Fontbonne student Lauren Artelt differed greatly, saying, “I’m a feminist, because I believe the movement can help address fundamental issues in society and bring equality for everyone, no matter the gender distinction.” Not all Fontbonne students shy away from the term, thus embracing a term that has historically been avoided.

Avoiding the word feminism is a trend that has followed the movement since its first wave. Despite the hate feminism receives, the concepts of feminism are firmly planted into everyday and political conversation. Avoiding the term feminist does not eliminate the concepts that have seeped into everyday life. I’m sorry to say, but if you believe in gender equality, you might be a feminist.

0 comments on “Tracing Feminism Through History: The Suffragists to #MeToo”