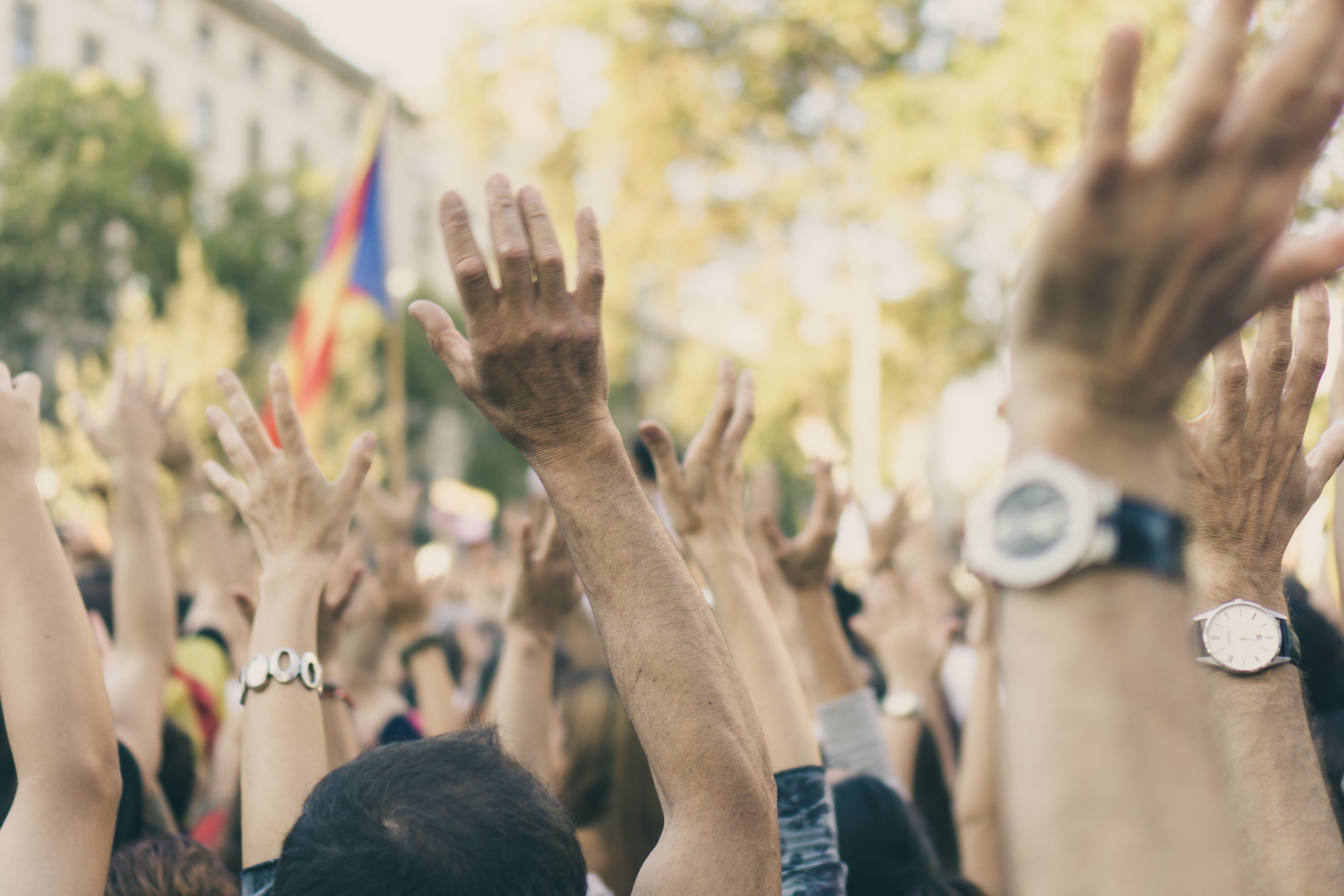 With the third Democratic Debate concluded, there are mixed responses (or lack thereof) from various Fontbonne students. The 2020 Presidential Election is next year, but is this even relevant to young people? Studies indicated that college students are becoming more civically engaged, but the voter turnout statistics are still not overwhelming.

The Institute for Democracy and Higher Education at Tufts University released the National Study of Learning, Voting, and Engagement (NSLVE) study. “In the 2018 U.S. midterm elections, college students turned out to vote at double the rate from the last midterm. Across all NSLVE campuses, the average institutional rate in 2018 was 39.1% (up nearly 20 percentage points from 19.7% in 2014).”

Is this also the case though among Fontbonne students? The results vary based on who you ask around campus.

On the evening of September 12, very few students gathered in the residence halls to watch the Democratic Debate. The freshmen residence hall was filled with residents playing pool, working on the computers, and hanging out. Yet, none of them were watching the debate, even after I turned the T.V. on to the debate.

Junior Jonathan Engel has been keeping up with all of the Democratic Debates and has his eye on two specific candidates for the Presidential Election.

“I definitely have my eye on President Trump for the 2020 election.  With running for re-election, Trump essentially is making the case that his first term was a success.  Naturally he will be promoting both his and his administration’s accomplishments, such as the 4.1% GDP growth in the second quarter of 2018, and the massive tax cuts implemented into law in 2017.”

Andrew Yang is also one of Engel’s top Presidential candidates. “His $1,000 a month plan intrigued me and many others I discuss politics with. It was interesting because many of my conservative leaning friends hopped on what was called the ‘Yang Gang,’ as they recognized the threat that AI could soon be posing to many American jobs.”

I interviewed sophomore Whitney Huling about her own experience trying to stay updated with the Democratic Debates.

She says, “I haven’t been watching a lot, not because I’m not interested. I just don’t have the time. I feel like a lot of Fontbonne students don’t talk about politics. I was in the AMC doing homework and there was a boy by the T.V. with the debate on. He saw me and turned down the volume. I told him it didn’t mind me and that he could turn it back up. He said ‘I don’t like politics.’”

Huling seems to think that Fontbonne students are turned off by politics in general. “Politics can be a lot of drama and sometimes it’s a waste of time,” said Huling.

The lack of interest in politics is not an uncommon feeling among a lot of Americans. The Pew Research Center examined nationwide trends on why people don’t vote. A good amount of Americans decide every election whether or not they will participate. Sometimes, Americans do not vote due to not liking the candidates or feeling like their vote does not matter.

Senior Maddy Farquhar is not registered to vote and has her own reasons why she doesn’t participate in elections. Her reasons resonate with the national trends.

Farquhar says, “I don’t vote because I feel like not every voice is heard. What is going to happen in elections is just going to happen. I also am not registered to vote because as a future educator, I don’t want to be pulled out of my classroom for jury duty.” She is not alone among Fontbonne students in choosing to not participate in national elections.

Senior Raven Venegas comments on her engagement in voting. “I have not participated in voting due to lack of knowledge and understanding. I do plan on registering to vote because the more I learn about politics and the individuals running for office, I think it is important to make my voice heard.”

Huling on the other hand, feels like it may be too early for her to decide on a candidate for the Democratic nomination. “I don’t have my eye on anyone yet. I feel like I have to do more research.”

Following the News and Environmental Justice

Dr. Jack Luzkow, professor of History at Fontbonne, has a unique perspective as to why students are not always civically engaged. “I think they would be a lot more engaged if they weren’t full time students and working other jobs. Fontbonne has always had civically engaged students though. A lot of students are directly impacted by who is in the White House.”

Dr. Luzkow has one wish for Fontbonne students: to follow the news. He said, “I wish my students would stay current with what is happening. Teaching history, there is often a mischaracterization of the past and even the present.”

Civic engagement can embody other issues, such as climate change. More recently, Swedish activist Greta Thunberg has taken the issue of climate change head on. The sixteen-year old challenged United Nations leaders in New York at the Climate Action Summit.

Thunberg stated, “How dare you? You have stolen my dreams and my childhood with your empty words, and yet I’m one of the lucky ones. People are suffering. People are dying. Entire ecosystems are collapsing.” The issue of climate change is now a national and even an international topic to young people.

Junior Mara Cressey believes that Greta Thunberg isn’t afraid to tell it like it is. “Her stance is so effective because of her age. Climate change is an issue that will especially affect her generation, our generation and generations to come. I think if more people adopted her type of ‘no excuses’ attitude then more would be done by the government or large corporations to help the sustainability effort.”

Cressey also commented about the engagement of college students in the climate change conversation. “I know many students, myself included, that are interested in climate change, at least to an extent. If they are not, they should be. This is an issue that is especially relevant to young people.”

There are many pressing issues coming into play with activism and civic engagement among young people. With the 2020 Presidential Election coming up next year, what does this mean for our country? The interviews conducted indicated that there are various opinions on campus about engagement. Some students remain very involved in the national discussion while others prefer to stay out of the conversation. There is no definite answer to how college students, especially Fontbonne students, will participate (or choose not to) in civic issues for years to come. Will you choose to engage or not to engage?

1 comment on “Are Millennials Even Listening? College Students and Civic Engagement”