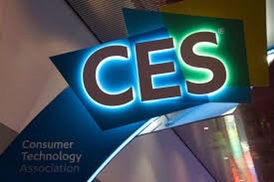 On January 5, the annual Consumer Electronics Show (CES) began in Las Vegas, Nevada. Within its five-day span, several companion robots were showcased; everything from a BB8-like personal assistant to a robotic cat. These companion robots aren’t just designed to aid with human tasks; they’re meant to keep you company! Programmed with emotional synthesis and machine learning technology, these companion robots feel more real than ever. All this has left people wondering just how they feel about robots that feel.

So what is CES?

CES is an annual convention for the world’s innovators and breakthrough technologies, brought to you by the Consumer Technologies Association. CES began in 1967 and has been the platform for the cassette recorder all the way to the companion robot. Every year CES showcases more than 4,400 exhibiting companies, declared by CES’ official website. This is where you can expect to find your favorite Silicon Valley pioneers.

Robots have gained popularity as virtual assistants such as Alexa, Siri, and Google Dot. However, now they are being programmed with emotional synthesis, as well as learning programming, to serve as companion robots.

At this year’s CES conference, Samsung debuted its companion robot, Ballie. Ballie is a small, yellow ball robot that rolls around and follows commands. Ballie connects to the devices in your home so that it can turn on your television, run the Roomba, etc. Ballie will build a profile on its human companion based around the data stored in the home’s devices, so that it can provide a helpful and personalized experience just for them. Ballie can be anything from a personal trainer, to a security system with its camera function, to a friend for your child and pets.

“Intelligent robots will live by your side. They know you, support you, and take care of you so you can focus on what really matters,” Samsung’s CEO Hyunsuk Kim said in an address at CES.

Developed by Elephant Robotics, MarsCat is the world’s first bionic robot cat, but it’s nothing like the Poo-Chi you had as a child. MarsCat is unique in the way it is programmed with six different personality types that are dependent on how you raise your robo-feline. These personality types will alter the tones it uses, the frequency of vocalization, the frequency of movement, and its engagement during interactions. MarsCat responds to touch and voice, recognizes you, will play with toys, and is fully autonomous, meaning it will act independently without any prompting from its human companion.

Lovot is a small, bird-like companion robot designed to love and bring happiness to its human companions. It is programmed with Emotional Robotics™ and is designed to evoke human emotion with the ways it makes the robot behave. It is also programmed with machine learning technology so that it can decide its actions in real time; none of its actions are preprogrammed, and how you interact with your Lovot will determine its personality. Lovot has a camera that instantly recognizes its human companion. Its microphone detects direction of sound, tone, and commands. It is mobile with its retractable wheels and will even roll up to greet its owners when they enter a room.

How do we Feel?

So, if robots can be programmed to feel and learn, what is our future with A.I. going to look like? Some fell towards the approach Scott Button, the CEO of tech company Unruly, took in The Atlantic: “We need to develop empathetic, value-driven A.I. as a priority if we want the human species to survive and thrive in the 22nd century.” Others feel afraid of this up and coming technology, believing it is the end of our society and the beginning of a dystopia.

I interviewed a few Fontbonne University students to learn their take.

I prefaced these questions with a brief overview of what the conference was and mentioned robots that were showcased during it. After this preface, I asked the students what their thoughts were on companion robots.

Libby Bateman, a dietetics major, commented, “It sounds cool, but in actuality it scares me because we’ve lived in a world where [companion robots] have always been a thought, but now it’s actually happening. I think kids growing up around these robots may grow up desensitized.”

Caroline Reifsteck, a nursing major, brought up an economical viewpoint when asked the same question.

“I feel like [companion robots] could potentially be a problem and cause people to lose their jobs. It will be harder, especially for people like me. In the field I’m studying, it could be an issue.”

On the other hand, Madison Lodde, fashion merchandising major, points out the positives companion robots could bring to the table.

“I think companion robots can help out people who are secluded from society and expand one’s social skills.”

One of my goals was to find out what people were hoping to see for the future of A.I., whether that be to regress, to stay the same, or to improve.

Bateman commented, “I think I’d like it to stay the same. I don’t want to be that old person who has no idea how to work technology, but it seems inevitable technology will keep progressing.”

Reifsteck shed light on her personal experience viewing the advancements of medical technology recently, which led to her perspective. “A.I. can be very useful, but it has become so involved in our daily lives. I would hope it would improve in some areas such as the medical field. I think it’s really important how we use technology.”

Reifsteck noted, “We are more advanced than the older generations for sure, but the younger generation…there are six-year-olds with phones and it’s become a bit excessive. Kids shouldn’t be exposed to it so little. There definitely is a disconnect between the generations.”

Lodde felt as humans we are in control of our technology. “The older generation believes [A.I. and robots] are negative and that robots could potentially destroy civilization. I agree with them to a certain point. Bad people could make a robot with a purpose to kill humans, but the robots themselves wouldn’t be capable of destruction without the programming of a human. If we as humans use technology for good, we shouldn’t be worried.”

The responses of students I spoke to were no surprise to me. I expected there to be a split between opinions. Existing as a generation between old and new, it makes sense for us to have an in-between perspective. Even though some of the responses were more conservative on technology, all parties expressed they were open to the advancements being made, as long as no harm was being done to others. They believed that there are lines that shouldn’t be crossed, but overall, they were not opposed to progression of A.I. and robotics.